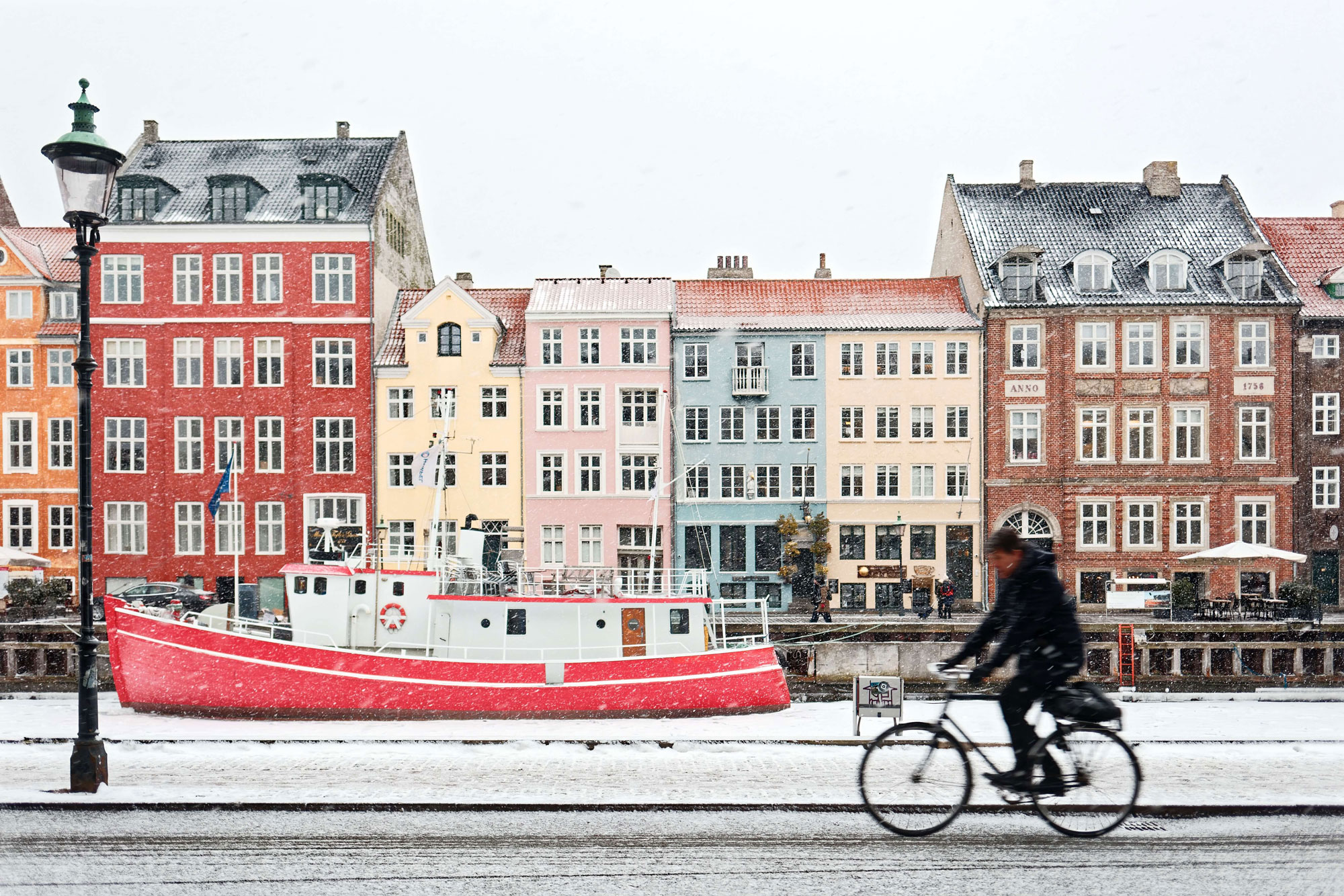 The alternative dining guide to Copenhagen

There is more to Copenhagen than just Noma. Not that we fully appreciated this beforehand. Noma, as it is for a lot gastronomic tourists, was the primary reason for our trip, and we booked our reservation a full seven months before our actual meal. The problem with Noma and Copenhagen’s other fine dining destinations like Geranium and the recently reborn Alchemist though, is sticker shock. The Danish capital is expensive, even by Singapore standards.
It’s not unusual for a simple cup of coffee to run S$15, nor for what would be a S$10 taxi ride in Singapore to be upwards of S$40. Meals at Noma and Geranium will cost you S$500 – at a minimum. Sooner or later, the limits of your food budget will be tested, but there are plenty of other options that won’t leave you riddled with anxiety, and you may even be pleasantly surprised by what you get.

Travel
Your dining guide to Osaka, the ‘national kitchen’ of Japan

Gasoline Grill in Landgreven – built on the site of an actual gas station so that you can lean against the pumps while you queue for food – makes an excellent first stop. The meat is ground in-house every morning from a special blend of Danish cows to ensure the freshest patty possible. Their Butterburger is a thick beast topped with a generous slab of organic virgin butter, with pickles and onions added for kicks. When you’re done, be sure to wash it down with a slushy frozen lemonade.

If hamburgers are not your thing, then opt for a hotdog, which are ubiquitous here. Our favourites were the ones being served at John’s Hotdog Deli. Part of that was due to its location. Buried deep in the middle of Copenhagen’s industrial meatpacking district, amongst long rows of buildings painted white and blue, there’s something to be said of plonking down on a wooden bench to eat a hotdog outside in the thick of all of that hip, ramshackle ambiance. But it was mostly due to just how good the hotdogs were.

Several varieties are available, from classic pork to beef, to even a bright red one made with chili. We picked one of the more hearty-sounding options: wild boar and mushrooms. Biting into the sausage, though, is only half of the fun. The rest comes from mixing and matching the whole litany of wildly coloured and wildly spiced relishes from the self-service bar in the middle of the shop. With careful planning and clever scooping, you can ensure that each fatty, fragrant bite of your hotdog is entirely unlike the one that came before.

Also ubiquitous are bakeries. There just aren’t enough superlatives to explain how wonderful the selection is at Hart Bageri, but the standout is their signature kardemommebolle, an exquisitely baked croissant moulded into a bun the shape of a blooming flower, encased in a caramelised crust and laced with cardamom. It is dreamy, at once original and familiar, so much so that you could close your eyes and imagine that your Nordic holiday has sent you sideways to the Middle East. The noodles (Image credit: Slurp Ramen Joint)
At some point, for travellers from Asia, your palate may become homesick. Nothing will cure this more than a bowl of noodles, and Slurp Ramen Joint offers that in spades. There’s something of Momofuku Noodle Bar, East Village NYC vibe about the place, with its wooden countertops, daily-changing message board-style menu, and no-nonsense approach to service. We opted for the daily special bowl, which that day was shoyu and a thick pork-bone broth with flecks of yuzu kosho. The best and most surprising addition to the bowl was a jiggly lobe of mushroom paste, which was monochrome in appearance but boldly technicolour in rich, umami flavour. If you do decide to go, then keep in mind this place draws crowds.
Whatever you do, though, save room for traditional smørrebrød, a Danish staple that translates boringly as “buttered bread.” And, yes, there’s butter there – a gossamer schmear glistening atop dark, dense, and meaty rye. The true glory of smørrebrød, however, is to be found in what comes on top, which varies widely from restaurant to restaurant and seems limited only by the imaginations of each individual chef.
Food & Drink
Why Danish chefs are growing tired of the label ‘New Nordic Cuisine’

We found the best versions to be those created at Selma, a small, incredibly casual, and perfectly homey restaurant tucked in along a non-descript side street somewhere in the middle of the city. Here, the chefs put up rare examples of cooking so skilled that they left us in awe, bite after bite. After starting with two types of herring – one cured in Christmas-y spices, the other wholesome and fried – we moved on to scallops. These scallops, pan seared for the briefest of moments, were served mostly raw with peas, cucumber, salted lemon, and fronds of buckwheat plant; they were sweet and so vibrant that they still quivered in our mouths.

We asked if there was one dish that we couldn’t leave Selma or Copenhagen without eating, and we were served something spectacular. Plaice, fresh from the boat that morning, was filleted and fried and topped with a merry motley crew of flavours and textures. There was black garlic, lovage that came as a creamy sauce both herbaceous and light, small crunchy greens, edible flowers, and plump, pillowy prawns as an added treat. That dish, like everything that came before it, was exciting, exceptional food, all at a restaurant worthy of multiple visits, and all part of a meal that we in no way expected to be the best of the trip.

All of which is not to say that you should avoid fine dining in Copenhagen altogether. If you do wish to remain circumspect in your fine dining adventures, then a meal at Relæ is an obvious choice. Consistently part of the World’s Best Restaurants list, and with a Michelin star to boot, the restaurant will tick those boxes for those of you seeking out that sort of thing, but its two dinner menus are priced to allow your wallet to retain some semblance of dignity.
Best of all, the food – simple, clean, and stripped of all pretence – astounds. Should your visit coincide with peak tomato season, you may be treated to a thick slab of German striped tomato the colour of the sun and the taste of the heavens. The tomato itself is treated with the same deference and respect normally reserved for prime cuts of steak. It is slowly – deliberately, delicately – grazed across a grill one side at a time, back and forth for an hour until the fruit is warm and so engorged with juice that a light breeze could cause it to burst.

On top, a rich, glossy sauce of tomatoes and creamy roasted lamb fat. For a moment after our first bite we were speechless, as the care it took to coax something transformative out of this already perfect thing was cause enough for reflection. But then to bite into it – oh, we knew at once it was the single best dish we would have all year, so primal the simple act of eating it was, with sweet and gamey juices running down our chins, and so overwhelmed we were by flavours stunning, intense, and pure.
Perhaps being overwhelmed is just par for the course in Copenhagen. Which is why there’s always Noma; all that needs is a reservation a year in advance.

Timothy DePeugh is a freelance contributor to Lifestyle Asia Singapore. By day, he’s a crusader for the underdog in the corporate world, and at night, he travels around Singapore in search of the best nasi lemak. When he’s not lifting weights or playing with his cat, he writes about restaurants all over Asia. Follow him on Instagram at @timtimtokyo.

Food & Drink
Impress your date with these Valentine’s Day 2020 menus
Travel
Check out: Venice Beach, a cornucopia of culture in Los Angeles
Travel
5 sustainable African safari lodges for the eco-conscious traveller
Style
All you need to know about Paris Fashion Week Men’s Fall/Winter 2020
Food & Drink
Review: Maison Ikkoku presents Sling, a new mod-Singaporean gastro-bar
Beauty & Grooming
The rising beauty and skincare faces of 2020
Gear
Here’s why you’ll want Porsche’s new 718 Boxster and Cayman GTS 4.0
Style
Will we download our clothes in the future?
Gear
5 best podcasts every entrepreneur needs to listen to
Sign up for our newsletters to have the latest stories delivered straight to your inbox every week.