Egypt is increasingly being added to everyone’s radar, making it one of the top destinations for intrepid travellers this year. Its sprawling capital, Cairo, has long been a city with mystery, an enchanting history, opulent monuments and constant buzz.

Cairo is not only the gateway to Egypt; it is also romantically known as the City of a Thousand Minarets. Besides the vibrant city, visitors to Cairo also get to marvel at the Nile River, ornate mosques, and ancient landmarks: one of which is one of the Seven Wonders of the Ancient World, the Great Pyramids of Giza.

The capital’s hotels are just as grand, nestled by the Nile River or overlooking the Great Pyramids. Here, we’ve rounded up the most beautiful hotels in Cairo if you’re planning a visit to the vibrant city this year. 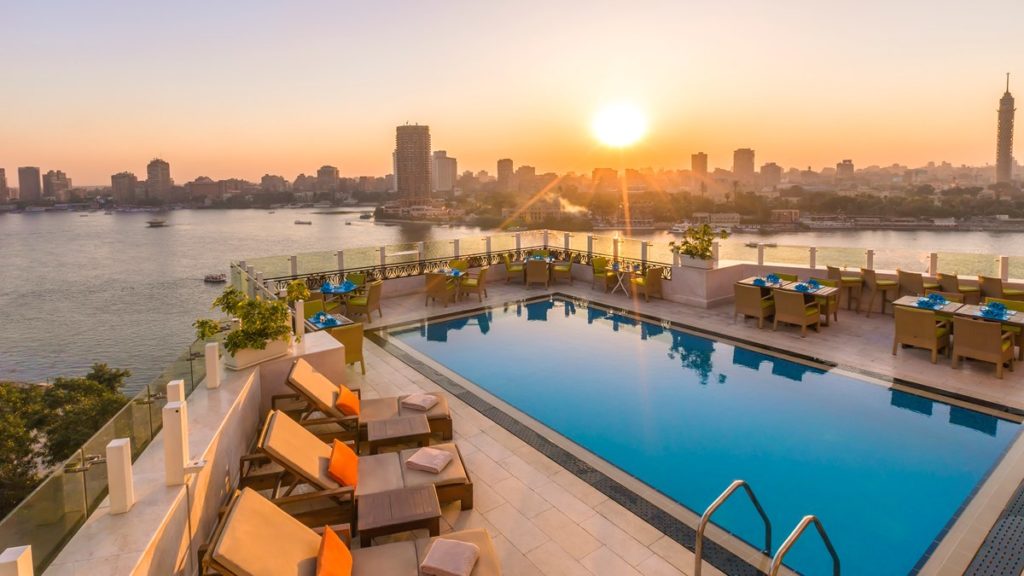 The Kempinski Nile Hotel boast a prime location on the east bank of the Nile River in the historical quarter of Cairo’s Garden City. Its location promises proximity to the Pyramids of Giza, shopping areas, and local attractions. Accommodation comes in the form of 137 rooms and 54 exclusive suites, each with their own private balcony overlooking the Nile River. The hotel is also home to four restaurants and lounges, a luxury spa, rooftop pool, and modern fitness centre. 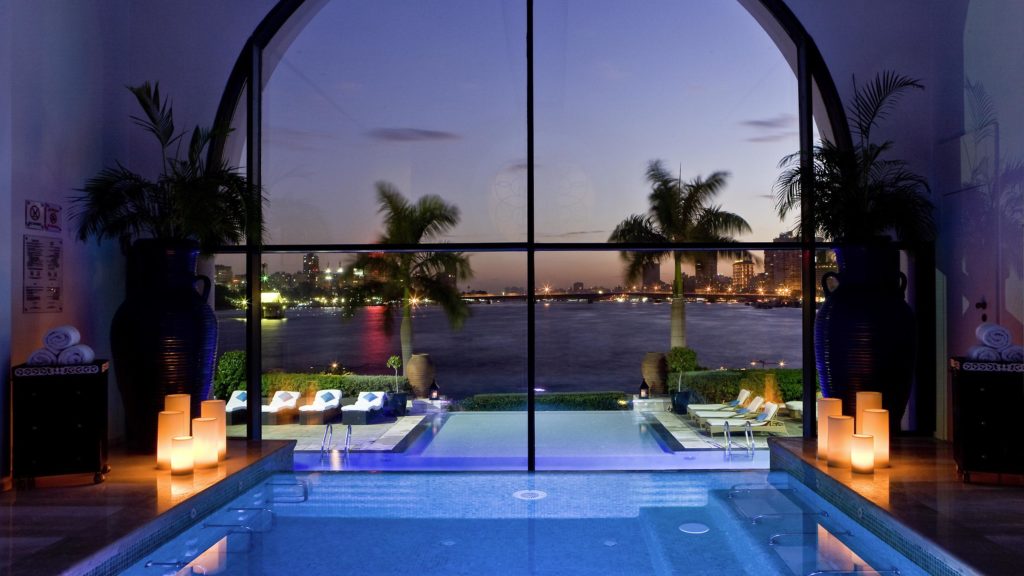 Located right on the enchanting riverside is the Sofitel Cairo Nile El Gezirah. The hotel brand blends their signature chic Parisian style with strong local influences. This, along with the views of the Nile from every room, makes it impossible to forget where you are. The hotel is a destination in itself, bringing ten restaurants and bars to the capital. These range from a library-style tea lounge to the buzzing Buddha Bar. Additionally, Sofitel Cairo Nile El Gezirah is also home to a spa, business and event facilities, and a heated outdoor pool right along the river. Nestled between the city and the wilderness is Le Méridien Pyramids Hotel and Spa boasts unparalleled views of the ancient splendour of the Giza Pyramids. Accommodation here comes in the form of 641 guest rooms, a peerless choice of restaurants and cuisines, and a magnificent swimming pool and spa amenities — all a mere 20 minutes from Cairo’s city centre. The luxury JW Marriott Hotel Cairo offers five-star accommodation, award-winning service and a prime location in the city’s Heliopolis district. The hotel’s 440 appointed rooms and suites offer you luxury living in the heart of Cairo. After a long day, treat yourself to a meal at one of the hotel’s many on-site restaurants, or play a challenging round of golf at Mirage City Golf Club. 5
Four Seasons Hotel Cairo at Nile Plaza
Luxury hotel brand Four Seasons has established its presence in Egypt’s storied capital, surrounded by the tree-lined streets of the Garden City neighbourhood. The hotel is a fusion of modern-age luxury and ancient history, making a once-in-a-lifetime ambience worth waking up to. Its prime location in the chic neighbourhood boasts not just breathtaking views of the river, but also easy access to the cultural and historical sites in the capital, such as the Egyptian Museum and Cairo Tower.
Travel Hotels Egypt cairo
Dewi Nurjuwita
Senior Writer
Dewi Nurjuwita is a travel and design writer who can be found exploring the streets of foreign cities with passport in one hand and a cup of coffee in the other.
Travel Architecture Interior Design